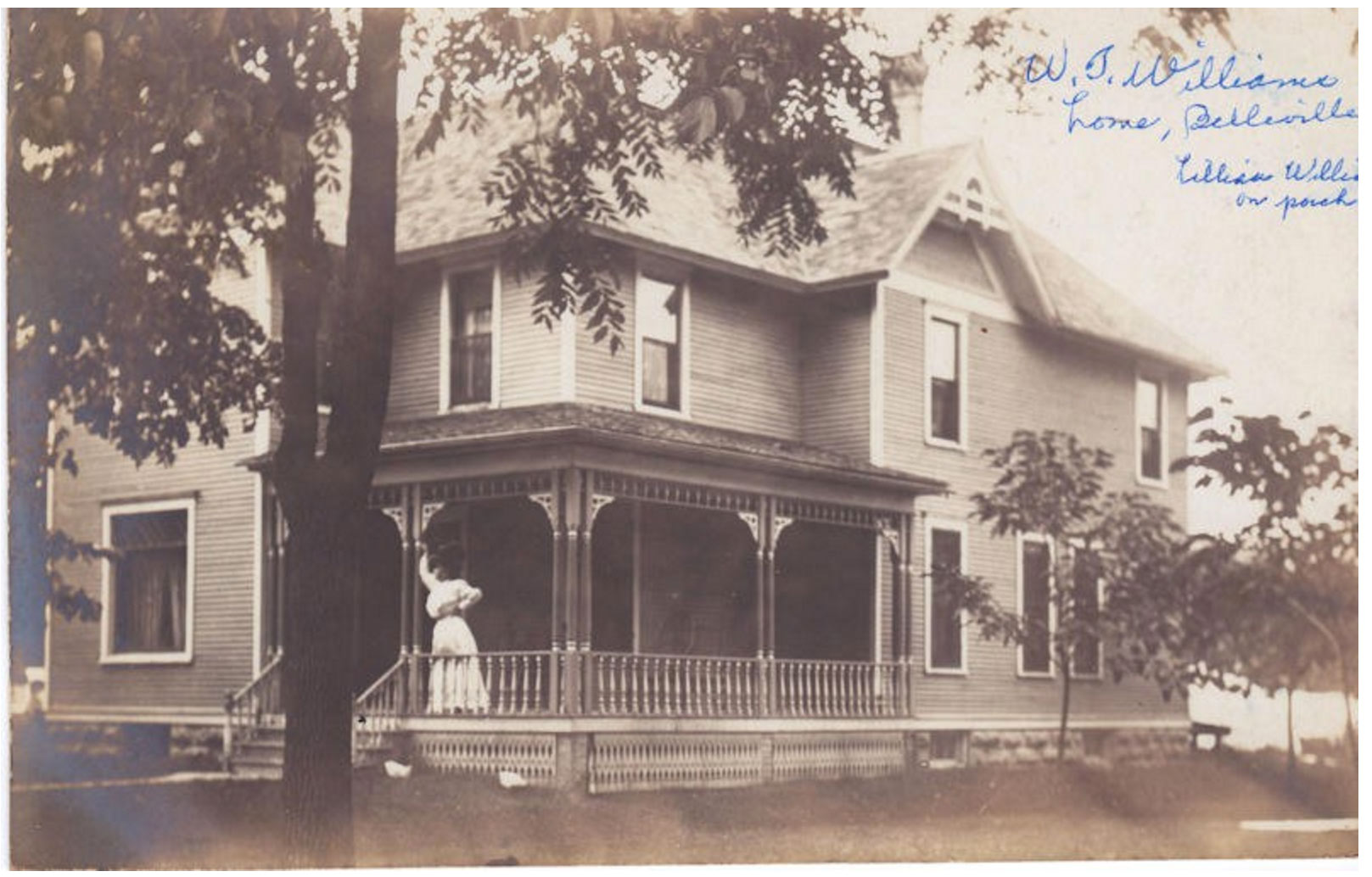 American Queen Anne style houses are characterized by an irregularity of plan and massing and by a variety of surface textures, roofs, and wall projections. Shingle or clapboard siding predominates and sometimes is used above a brick ground story. 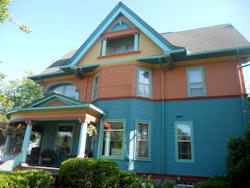 Roofs are steeply pitches, usually with a dominant front-facing gable; and cutaway bay windows are frequently employed, as are round or polygonal turrets. The asymmetrical facades often display wrap-around verandas as well. Architectural details are normally of a classical nature and tend to be small in scale, overwhelmed by the building itself.

All of these stylistic characteristics can be seen in the imposing house that retired farmer John Gilbert built for himself and his wife Flora on North Main Street in 1906. Gilbert was born in 1861, the son of Dane County pioneer Schuyler Gilbert, and he had farmed 250 acres near Oregon for 25 years before moving into town in March of 1906. 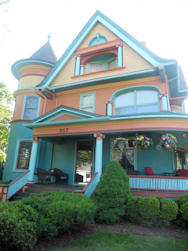 As construction of his new house was beginning, word spread that Gilbert’s house was to be something special and in December the finishing touches were being applied. By January 17, 1907 the house was finished and the Oregon Observer notes that “It is a beautiful home and has all the modern improvements. It is the most expensive dwelling in town.”

Gilbert died in 1956 at the age of 95 and this largely intact home was acquired by Michael and Alice Seeliger in 1977. They did an extensive amount of work to restore the home.

Jan and John Bonsett-Veal bought the Gilbert home in 2001 from the Seeliger’s. John is a practicing optometrist in Madison, WI and Jan retired from the Oregon School District in July 2011 after holding several administrative positions in the school district over the previous 23 years. 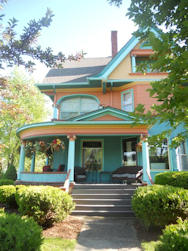 They have four children who enjoyed growing up in this lovely home. Since living here, Jan and John have continued the remodeling that the Seeliger family began. The kitchen and bathrooms have had complete updates and the upstairs attic has had heating and air conditioning added so that it is a useable space year round. Over the past few summers, the exterior of the home has undergone major repairs, all with approval of the Wisconsin State Historical Society, and experienced a new color scheme. The three shades of teal, accented with rust, gold and red make it a true Painted Lady. Presently, the second floor of the home is undergoing renovation. Carpeting has been removed and the original wooden floors refinished to reveal the original, beautiful knotted wood (pine or fir) throughout. 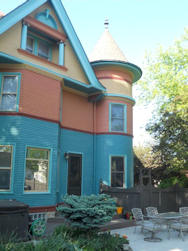