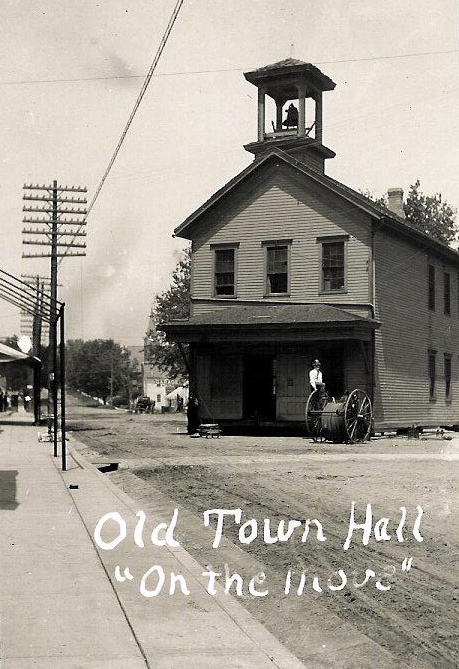 The first town hall was formerly the center section of a two-story school building built in 1867-68. It was carefully detached from two single story wings on each side of the structure and moved to a location on South Main Street behind the Netherwood Block Building in 1895. 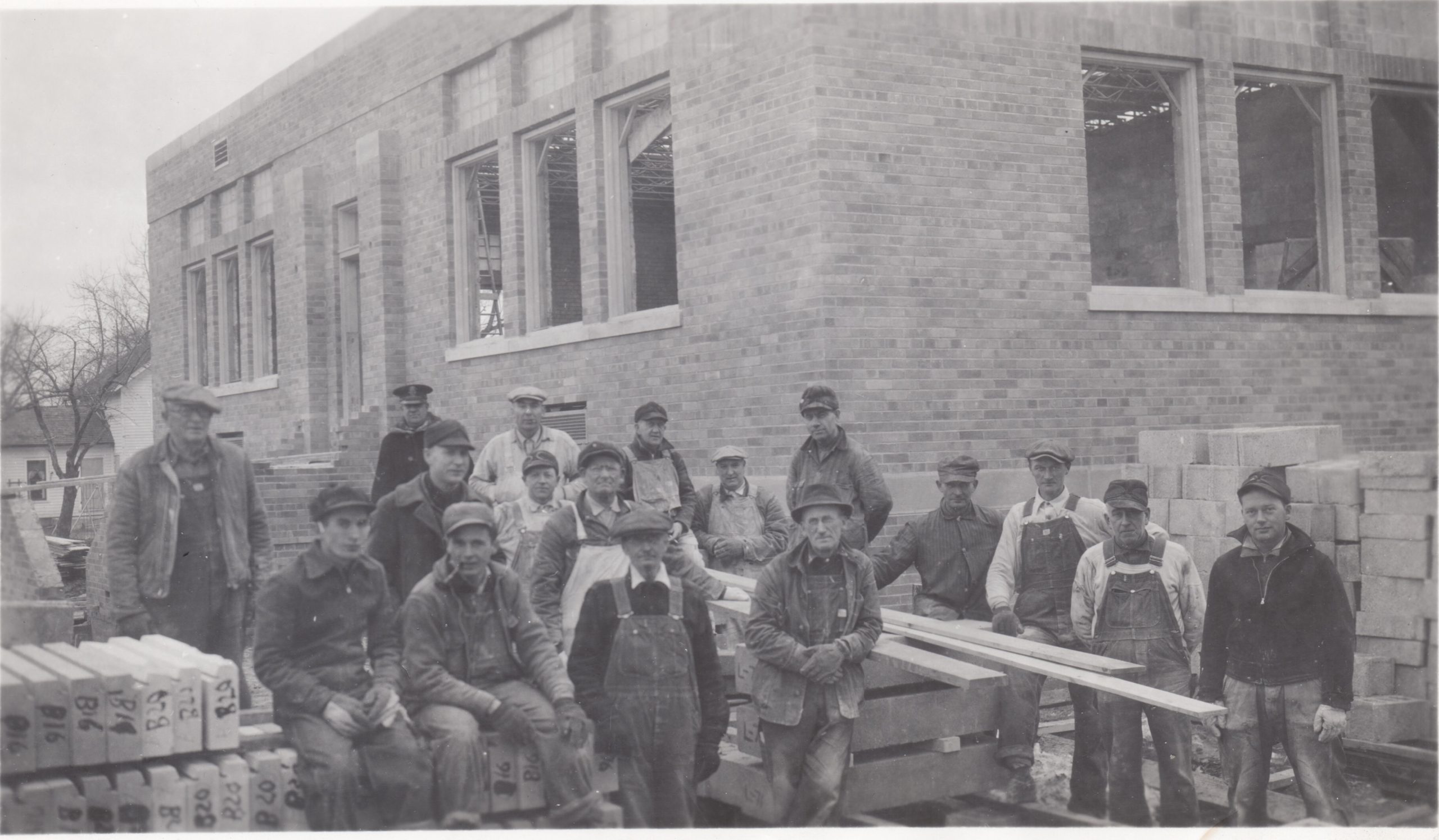 The Oregon Village Hall was constructed under the Works Progress Administration (WPA). Identified in the picture are Park Herrick (standing on the left) and policeman, George Johnson.  Over the years, the Village Hall has served as the site for many community services.  In 1946, the two first grade classrooms were taught by Mrs. Mary Smith and Mrs. Mabel Olson. 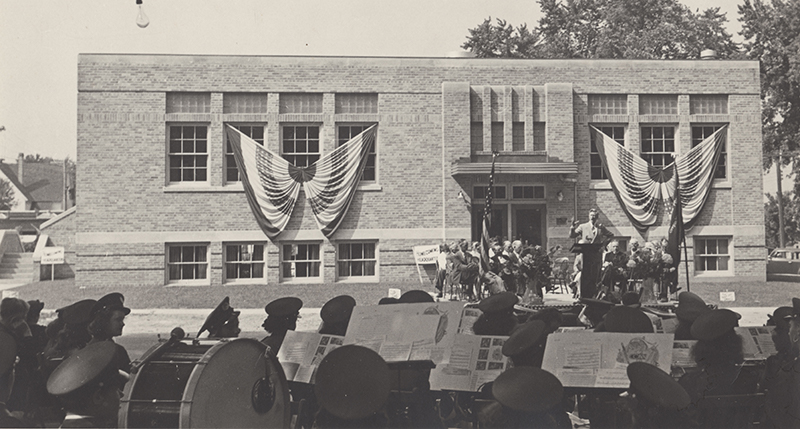 The Village Hall was dedicated on July 5, 1941.  The main entrance was on the south side of the building facing Waterman Park. Village administration offices and the public library were on the upper floor.  The police department and a small jail occupied the rear of the building. A large meeting room with a kitchen was located on the lower level. 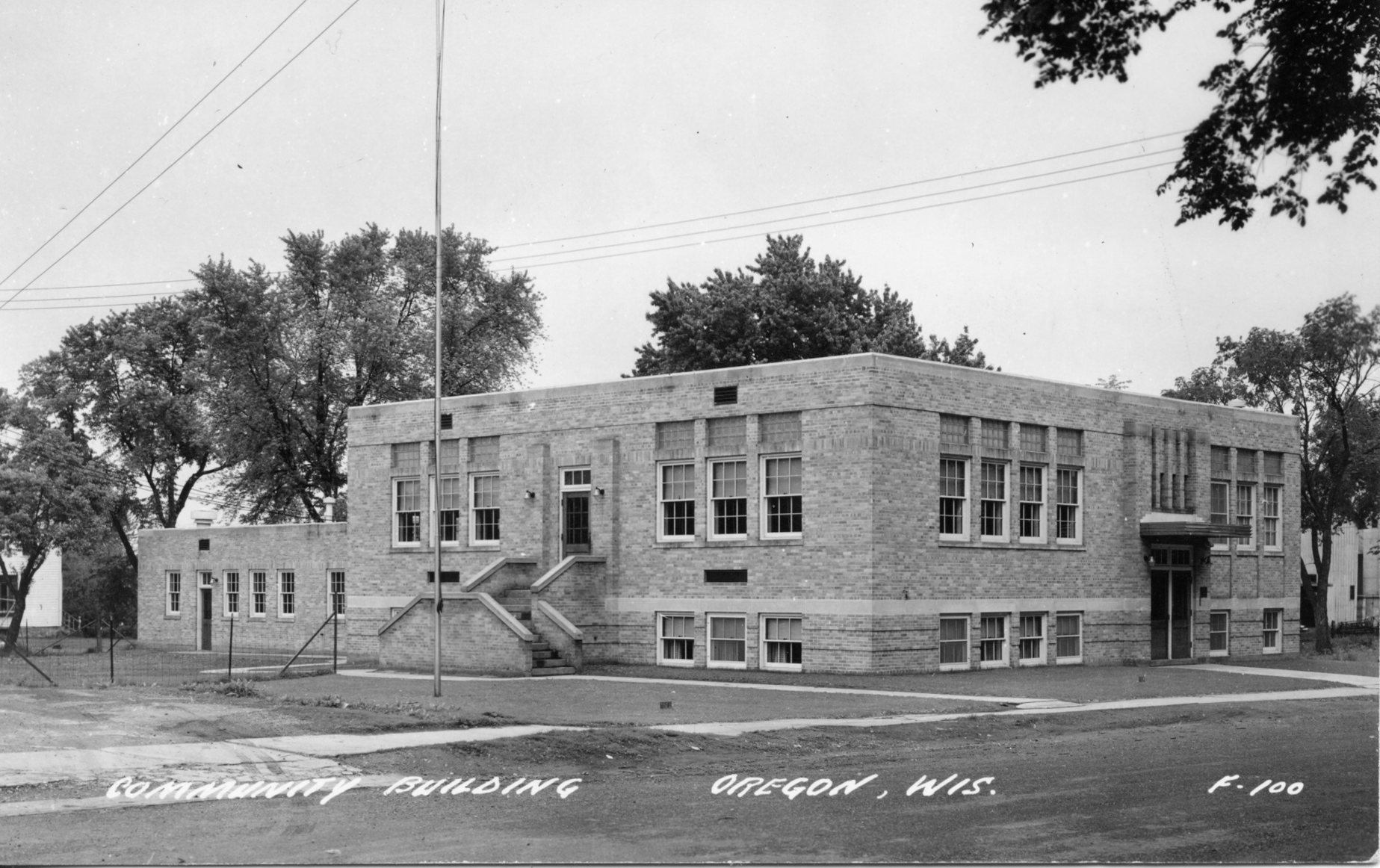